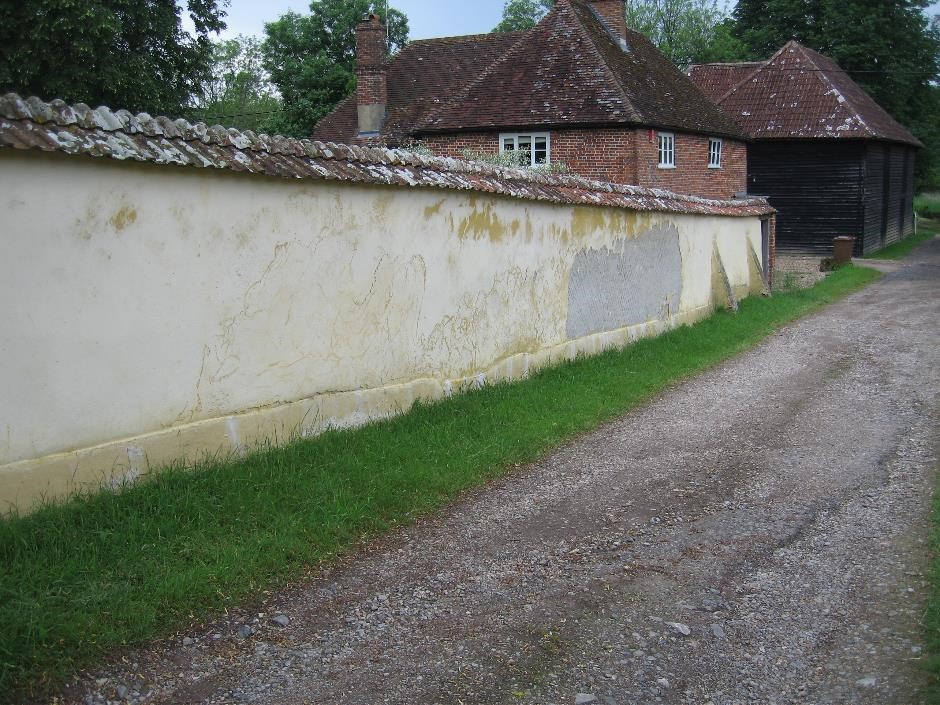 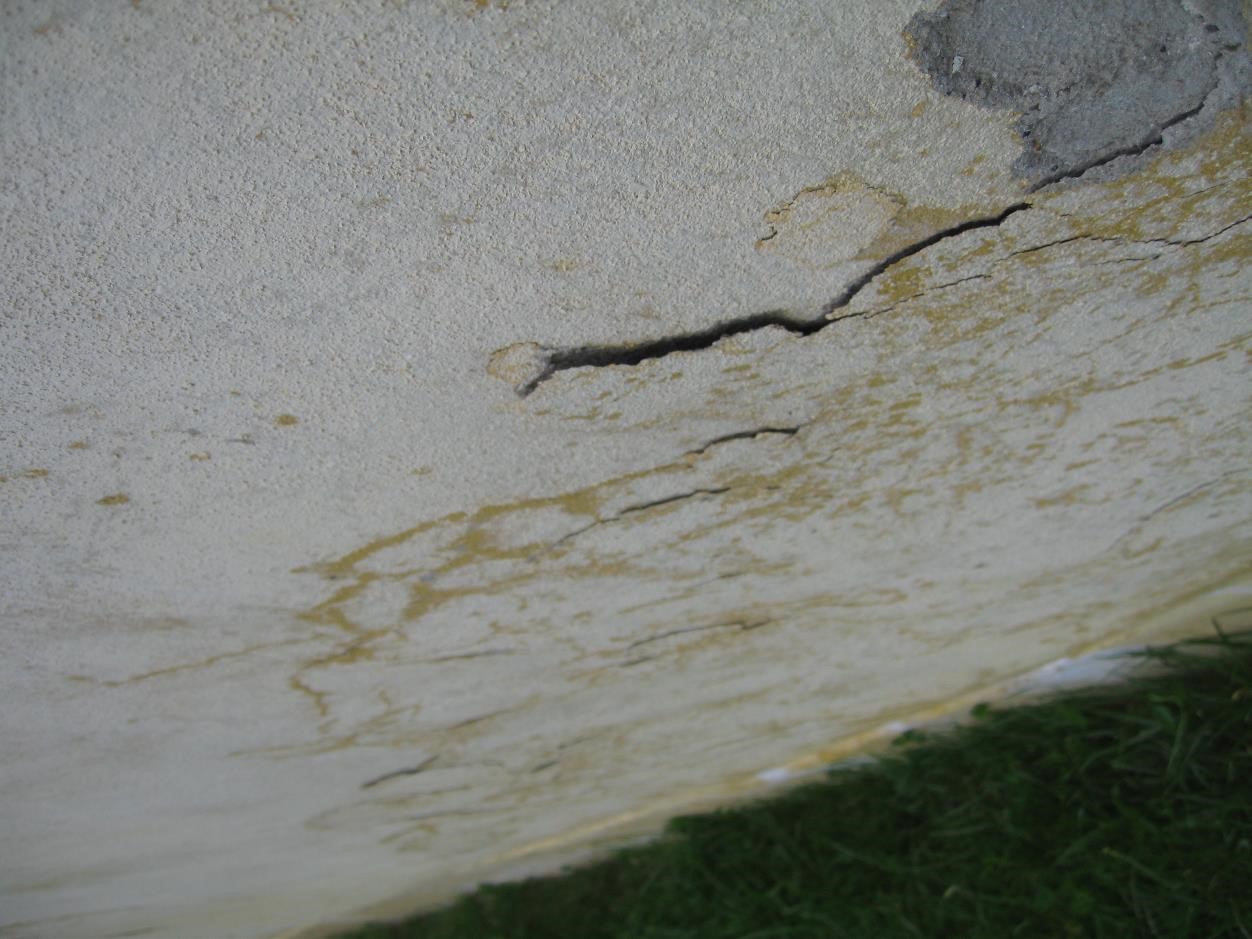 This project involved extensive work to a listed cob wall in a beautiful location in Bullington. The wall had been re-rendered by lime by others two years before our first visit. Unfortunately despite applying the right materials and limewash, the fundamental issues with the wall were not addressed at that time. These were namely that the ground levels on one side of the wall were significantly higher on one side than the other, the throw on the tiles was now insufficient due to the lean of the wall and lastly the drying zone of the wall was rendered and previously patched and shuttered in concrete. Consequently the wall was continuing to suffer movement and water ingress which made the wall structurally unstable.

Naturally, listed building consent was sought and, thanks in part to our cob building expertise, permission was given for us to rebuild and repair the wall. Works started by stripping the roof and walls. The tiles were kept for re-use. The concrete and cement shuttered sections were carefully broken out and removed, leaving a very unstable uncontaminated cob wall for us to take down and remove to a holding area on site. 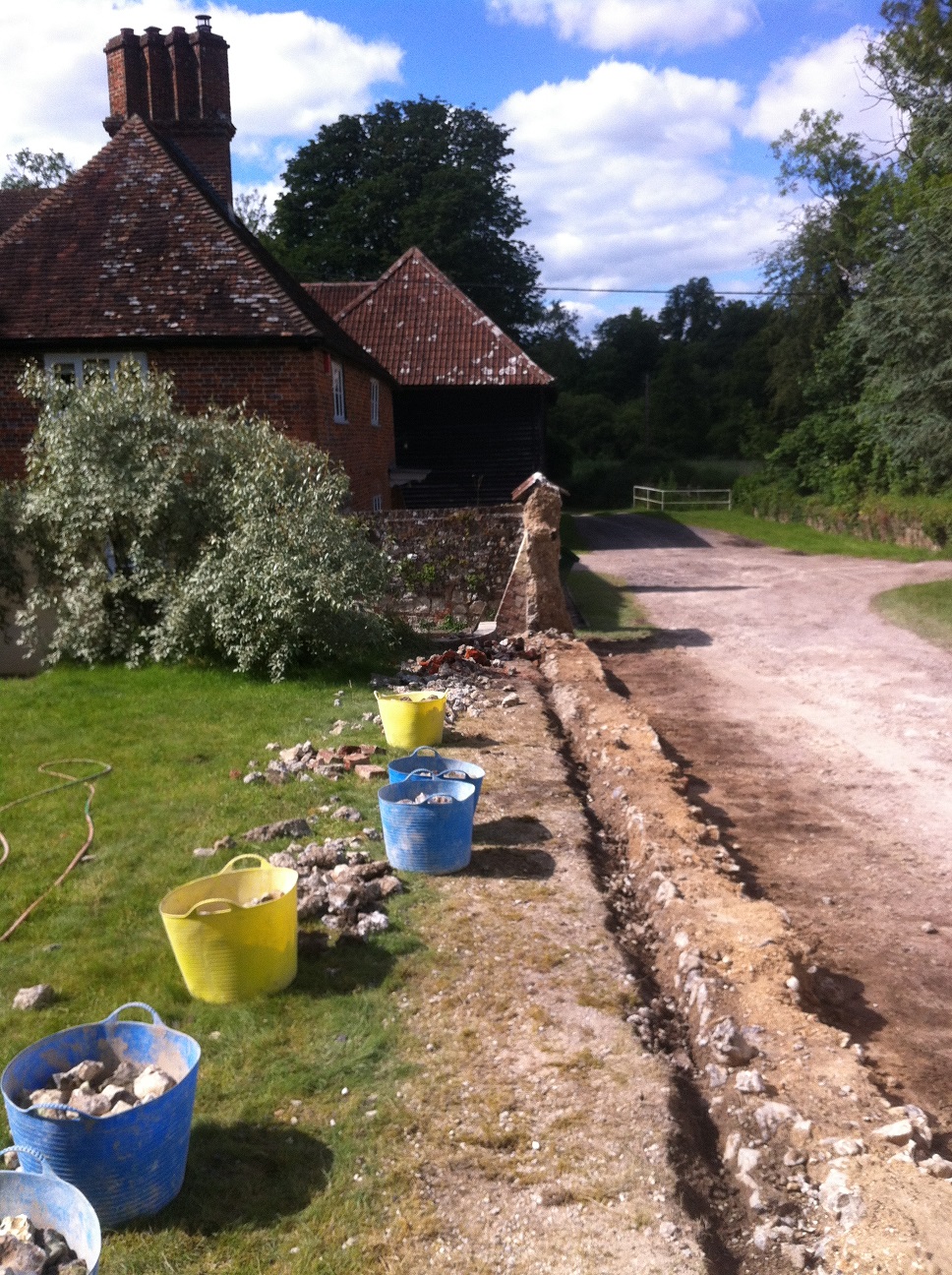 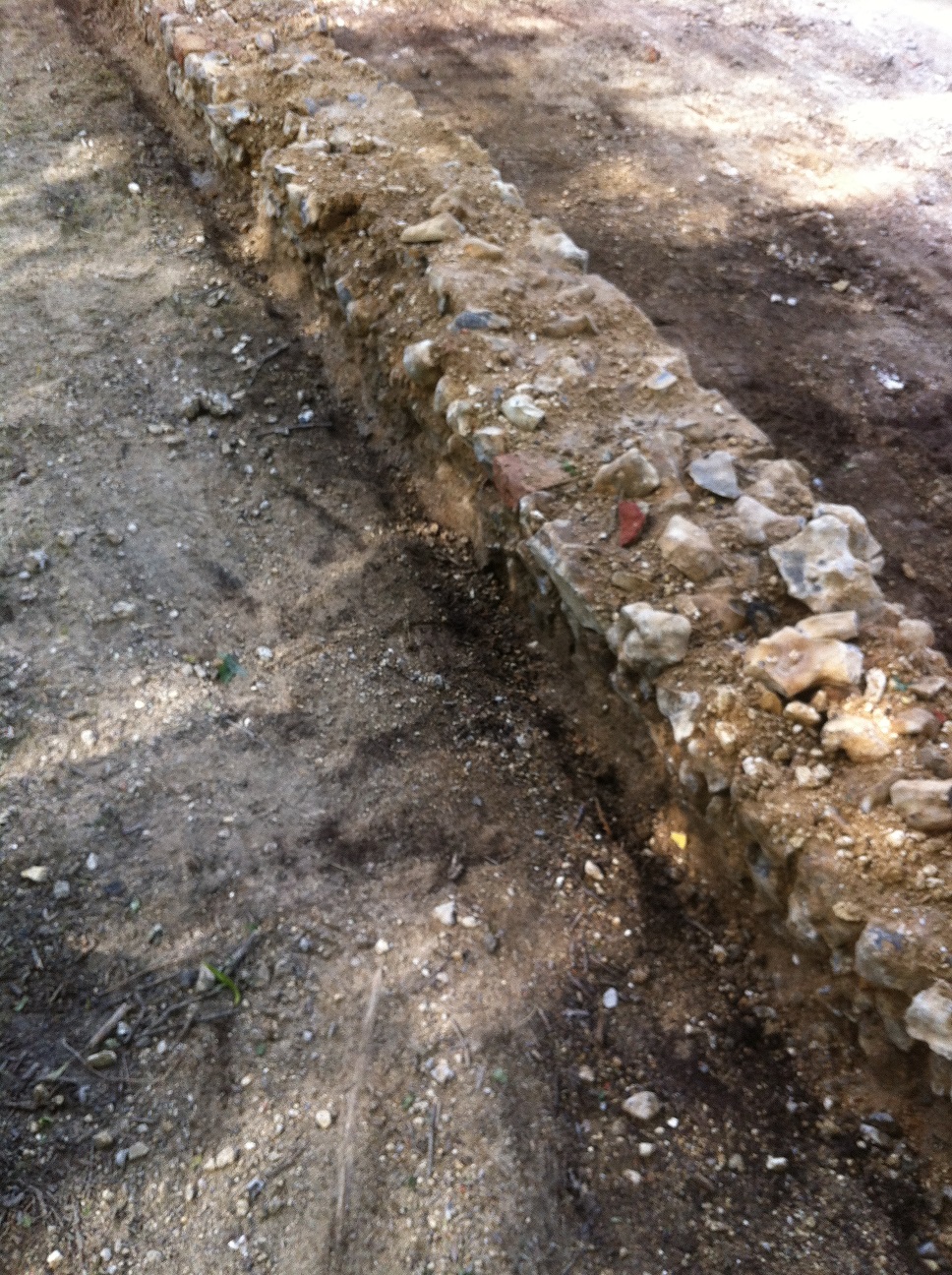 The plinth was stabilised and rebuilt as necessary allowing the cob to be re-mixed and placed on to the wall in the traditional way. After four 'cob lifts' and some very hard days the wall was back up to height. After a period of drying, the wall was then given three coats of lime render, the salvaged roof tiles replaced and re-ridged giving the wall a new lease of life. 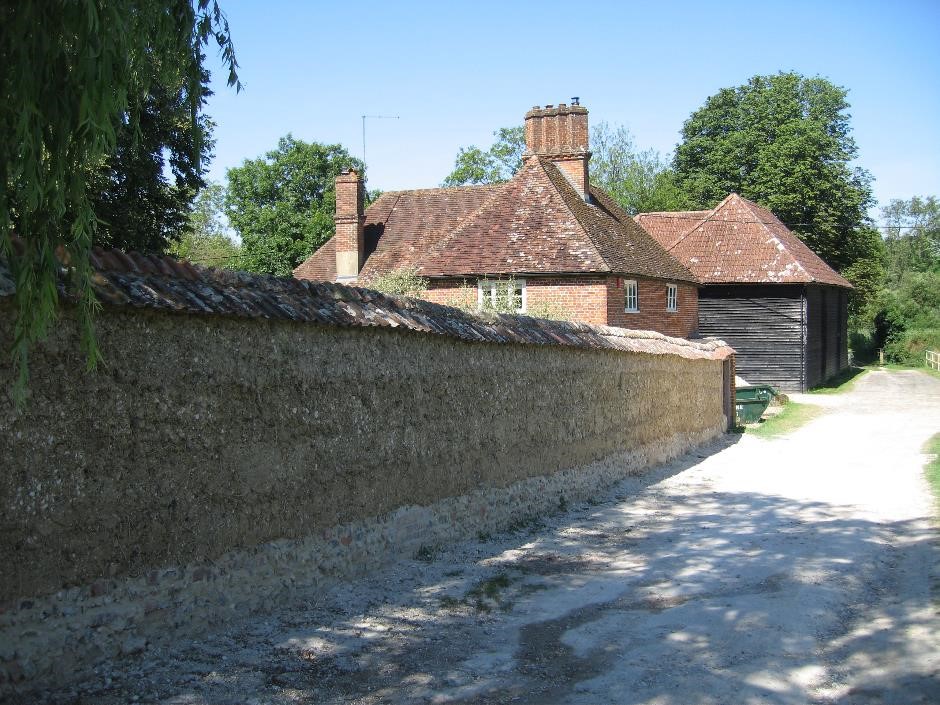 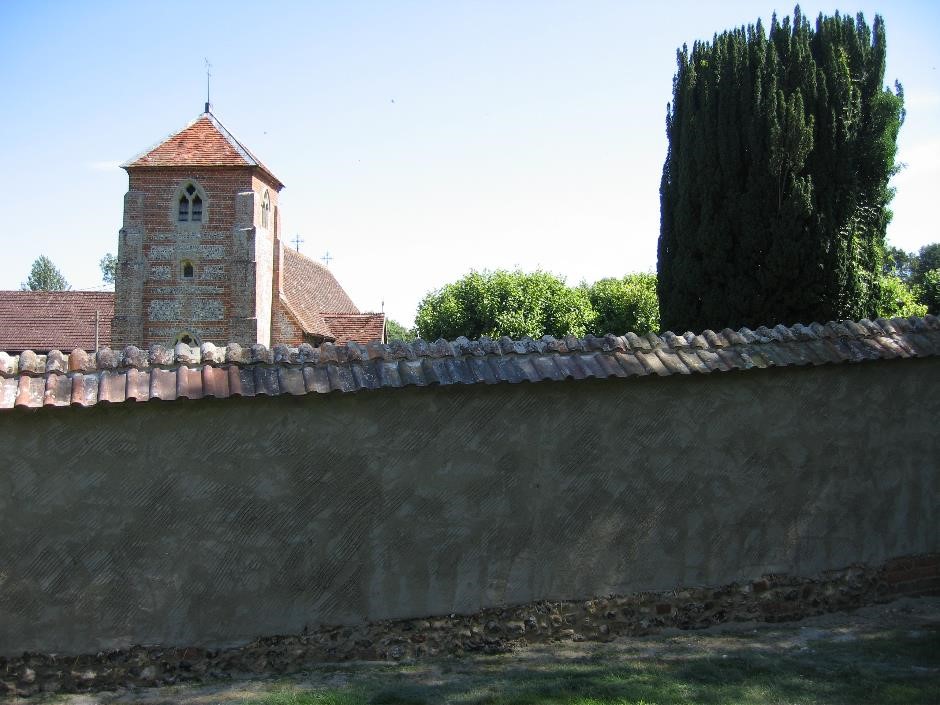 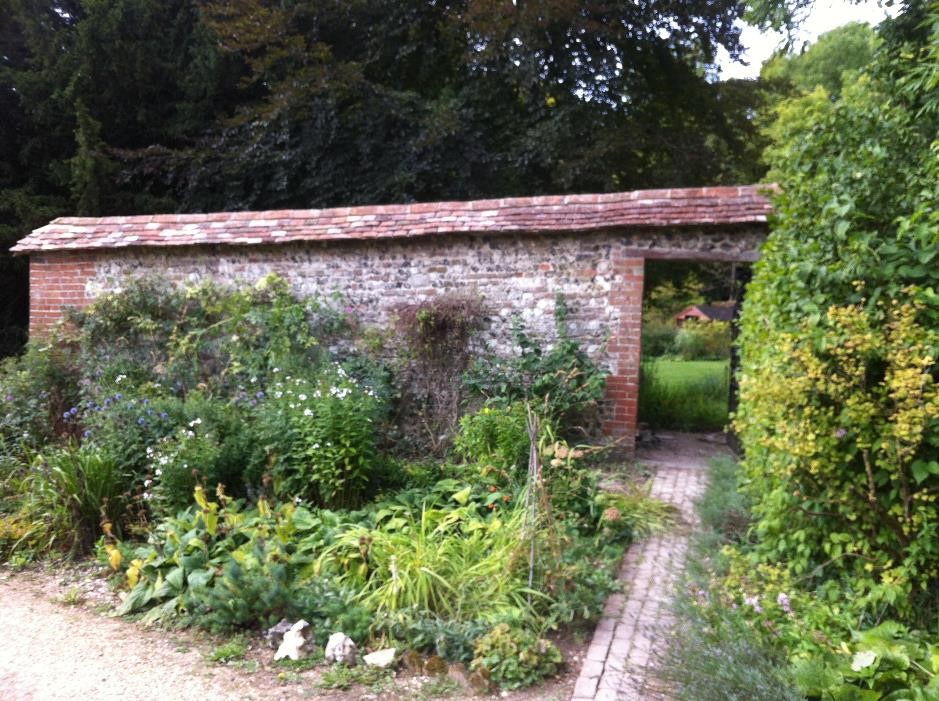 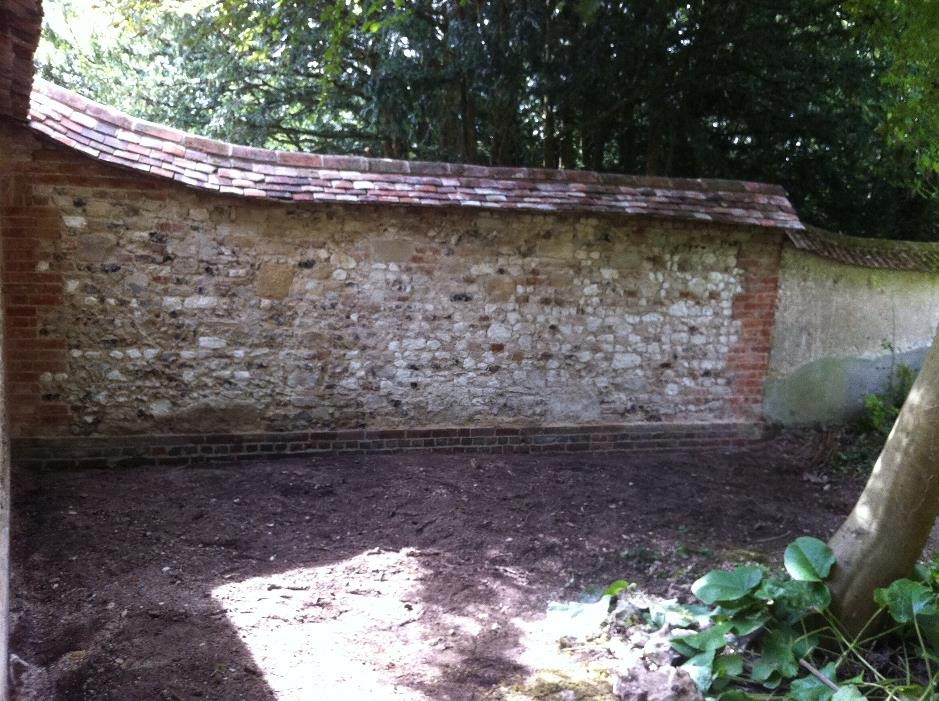 We were delighted to be asked to work on this chalk, flint and brick section of a stunning walled garden in our own village of Shrewton. The tiled roof had suffered at the mercy of ivy for many years and much of the original mortar had been washed away. Consequently the top of the wall was in a vulnerable condition and needed attention sooner rather than later to halt any further decay.

As most of the roof was original, we were able to salvage and reuse most of the clay tiles, supplementing with some closely matched reclaimed tiles to make up the shortfall. The inside of the walled garden was rendered in the past, although most of this had long since fallen from the wall. We therefore carried out brick and chalk repairs and some re-pointing to finish the wall. 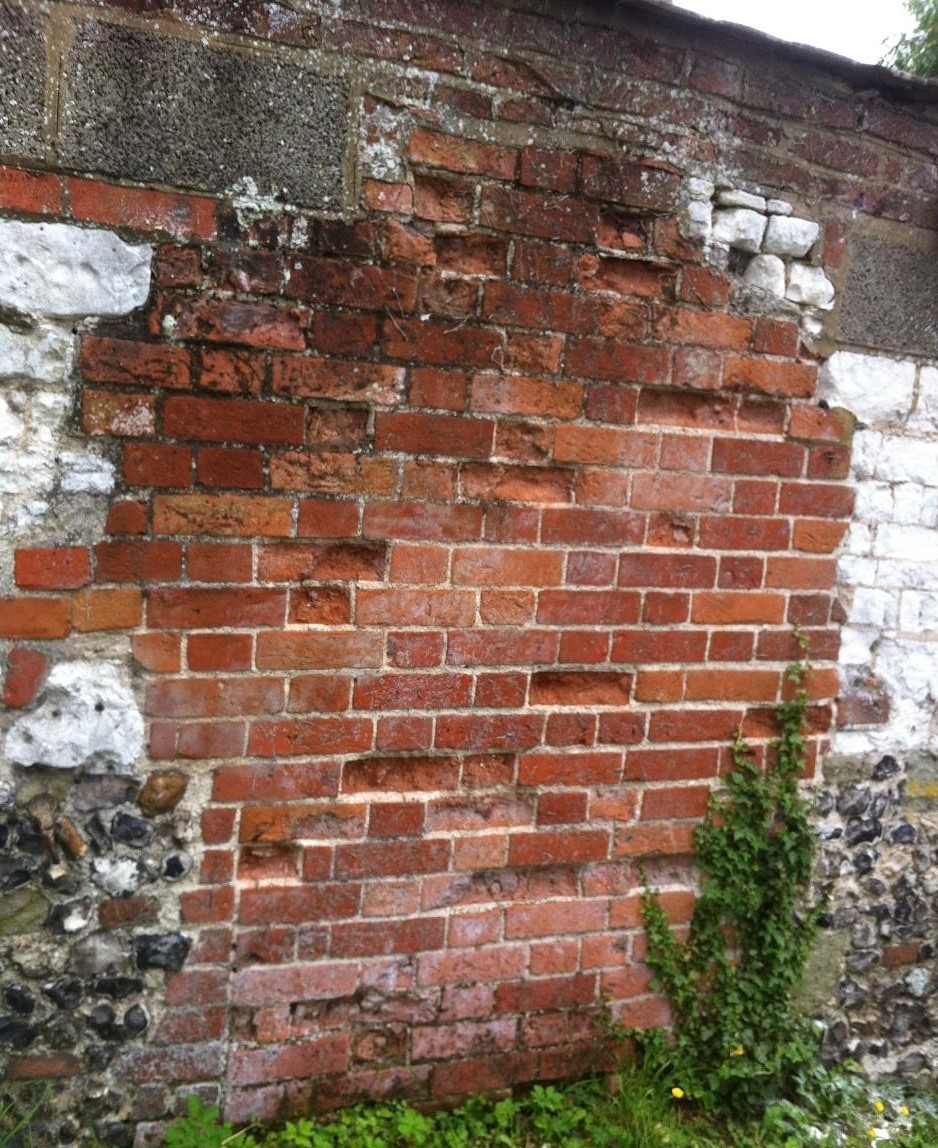 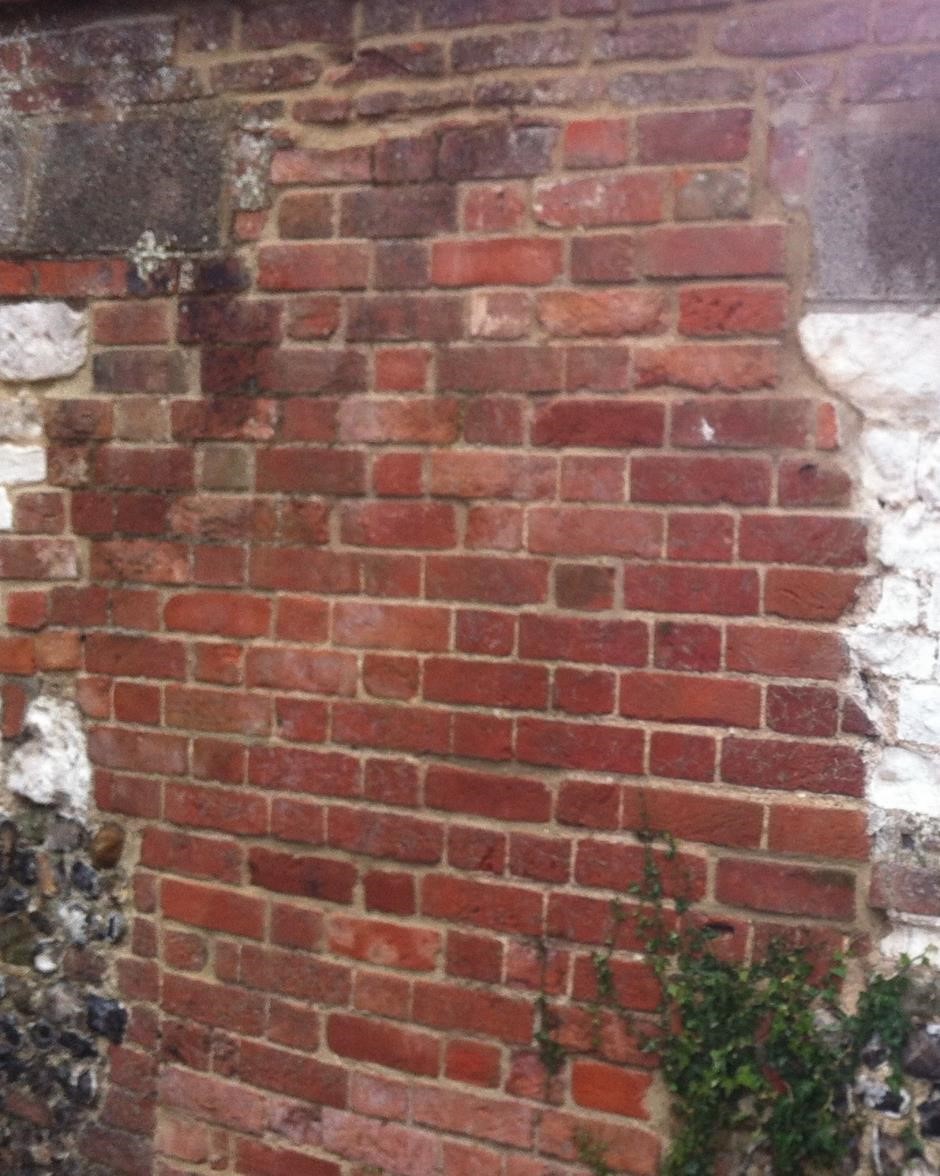 Above was a small brick repair project where a number of the bricks had spalled and lost their original face. In most cases we were able to cut out and turn the bricks ensuring a good match with the rest of the wall. We then carried out brick re-pointing to some areas in order to tidy up the brickwork.

Below was an interesting piece of work where we carried out brick replacements, brick repairs and brick re-pointing to the lower courses. The building was interesting in that the house was built in two types of brick, the lower being a softer red/brown brick, the upper and majority being much lighter reds and browns. Note how careful we were with the Iris'! 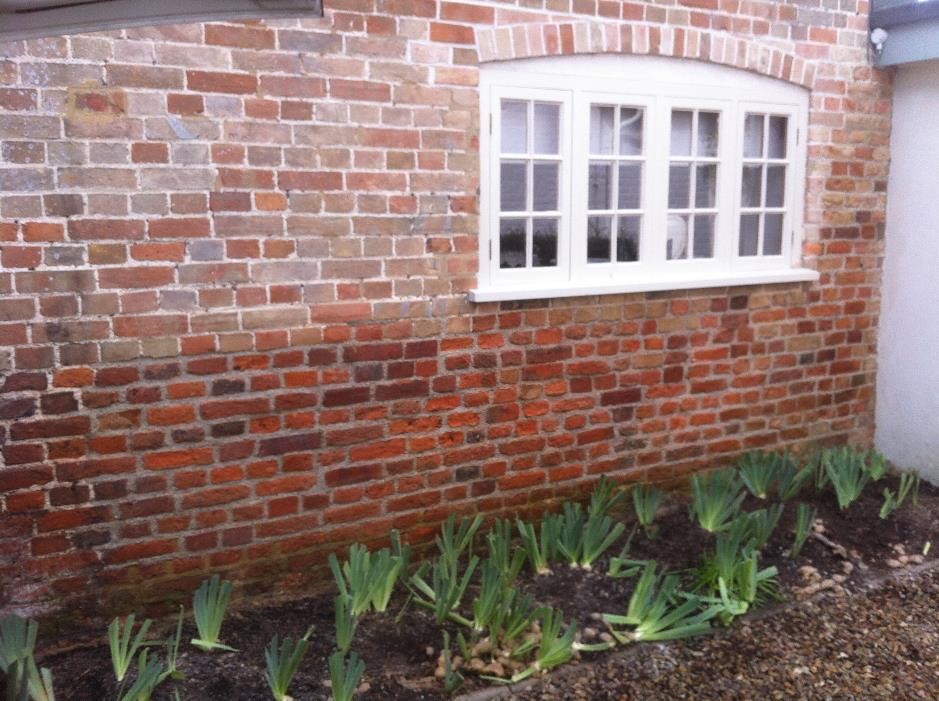 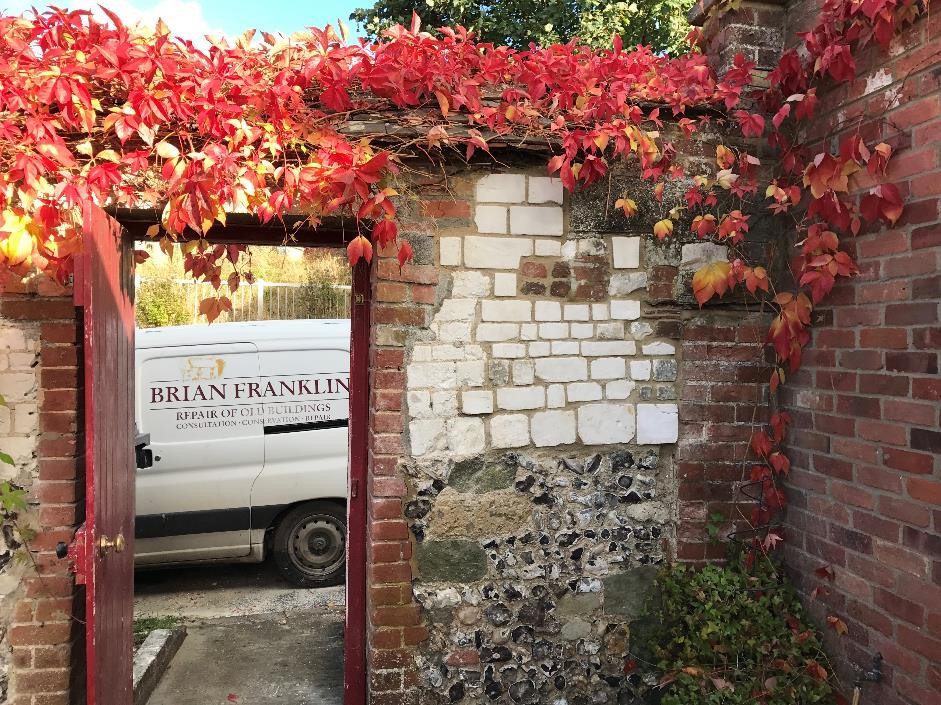 Another very small job, but it made a wonderful photo! The chalk sections of the wall were heavily eroded, cracked and unstable. We carefully cut out the existing chalk blocks, some were reshaped and reused the others discarded. The rest were cut and shaped from local, newly quarried chalk. The blocks were re-assembled and bedded on a coarse lime mortar.